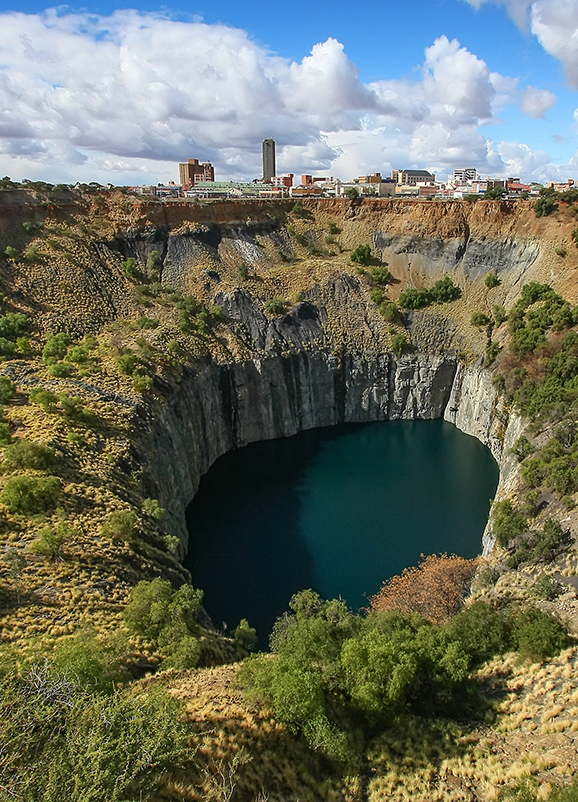 Industry Must Read
Is the Diamond Kimberley Process a Flop?
There is a growing awareness among consumers and the general public, especially the younger generation, about the devastating effect of corporate and industrial greed on the planet's atmosphere, ecosystem, and finally, the poorest among us. With this knowledge, people worldwide are starting to embrace sustainability and doing their part in making the earth a better place for everyone. However, powerful people and organisations are fundamentally opposed to this drive towards ethics and sustainability since their profit and way of life will be in jeopardy. Most, instead of reforming, will merely pay lip service to the cause while hiding or greenwashing their operations.
There is no better example of this than the diamond mining industry. They have time and time again been caught causing unimaginable human suffering and ecological destruction, rightfully earning mined diamonds the now infamous moniker "Blood Diamonds". A vast majority of diamonds can be found in conflict-ridden areas where the rule of law is scarce and is almost always controlled by armed militias or paramilitaries who use slave labour in the pursuit of digging up diamonds. These 'Conflict diamonds' subsequently sold in the global market are vital and lucrative sources of profit for countless corrupt and morally bankrupt companies, warlords, politicians, and businessmen. They are all loath to see their profit from 'Blood Diamonds' decrease from the push towards responsibility and substantiality by consumers and governments around the world.

What is The Kimberley Process?

"The Kimberly Process" is the most significant concentrated effort by the mined diamond industry to greenwash "Blood Diamonds" into responsibly sourced "Conflict-Free Diamonds". The Kimberley Process proudly claims to disrupt the proliferation of conflict diamonds around the world. They are an association of rough diamond, or freshly mined diamond, suppliers who banded together to protect 'legitimate trade' in rough diamonds. However, The Kimberley Process, like the many other preceding attempts by the mined diamond industry, is nothing more than a marketing scheme to convince responsible customers that the diamonds they are purchasing are not really 'Blood Diamonds" but instead sustainably and ethically sourced.
Let's break down why 'The Kimberley Process' is deceptive and unreliable. Firstly, the issue is with the organisation itself. In their own words, directly from their website: "The KP is not, strictly speaking, an international organisation: it has no permanent offices or permanent staff. It relies on the contributions – under the principle of 'burden-sharing' – of participants, supported by industry and civil society observers. Neither can the KP be considered as an international agreement from a legal perspective, as it is implemented through the national legislations of its participants." What it means, in simple terms, is they are a loosely held organisation with no office or any full-time employees. They are not regulated by any certification boards, regulatory governments, NGO or even independent auditors. In effect, they only answer to themselves.
How the group was formed tells a lot about their purpose. A coalition of diamond miners and suppliers didn't like their products being called 'Blood Diamonds', so they came together and came up with a respectable sounding name to assure customers that the rough diamonds they are selling and supplying are conflict-free. However, that's all they did: create a fancy-sounding process instead of implementing real change and accountability through independent certifications and audits. An organisation whose every member has the chance to sneak in 'Blood Diamonds' with other diamonds is never going to hold itself accountable. An organisation that asks its members to police themselves is never to be trusted.

The process of 'passing' The Kimberley Process certification is absurdly simple, to the point of being a complete fiasco. Basically, when a supplier sells rough diamonds to another supplier, they provide a certificate of origin that certifies that the diamonds belong to the diamond Kimberley Process and, therefore, conflict-free. But, you might be asking, who certifies the certificates? That's the funny part. They certify themselves! The sellers of 'Blood Diamonds' accrediting their own certificates and then selling to other suppliers who also certify themselves to stay within the chain of ‘The Kimberley Process’ ensures that all the members are covering for each other and protect themselves from regulators and auditors.

The problems inherent to mined diamonds cannot be solved by a simple process and certainly never by 'The Kimberley Process', which miners and sellers made and facilitates the cover up of 'Blood Diamonds' in the industry. 'Blood Diamonds' can never be truly traced to their source of origin with any reasonable degree of certainty. Since the beginning, suppliers have always been regularly mixing conflict diamonds with diamonds from regulated mines, an easy thing to do since a diamond from one mine is indistinguishable from a diamond unearthed another mine. Suppliers painlessly certifying themselves isn't going to change that.