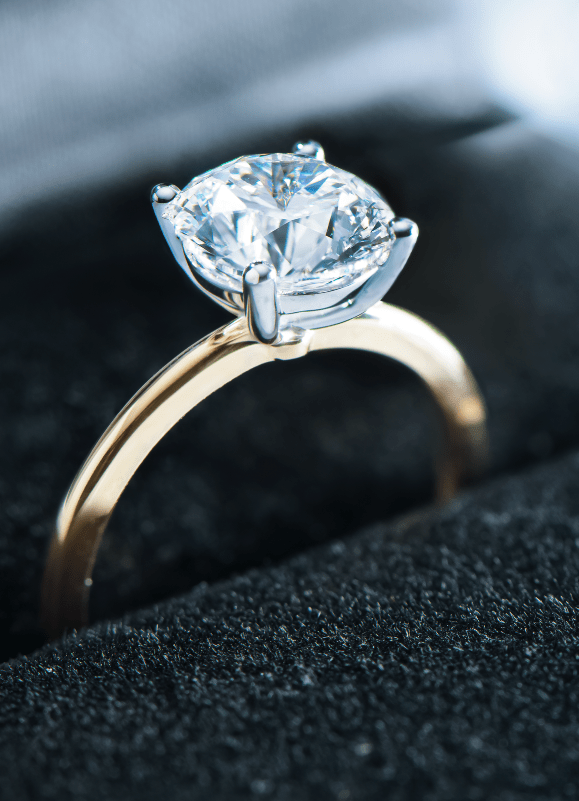 Diamonds
Why different cultures Buy different quality Diamonds
This article, we believe, will be one of the most interesting and eye-opening feature-length pieces regarding diamonds you will ever come cross. This is a topic that is seldom discussed and thus very few are aware of; one has to be a real diamond industry insider to fully know and subsequently understand why different cultures have their own distinct preferences and criteria when choosing to buy diamonds.

It All Begun with De Beers

As you may already know the South African company De Beers was singlehandedly responsible for making the diamond industry what it is today. Without their flawlessly executed brilliant marketing campaign, summarised with the catchphrase “Diamonds are forever”, diamonds would never have become the definitive and in most cases, the only choice for engagement rings all over the world.
The ultimate objective of De Beers was to have complete domination of the world’s diamond supply. And they succeeded; for many decades afterwards, they controlled over 90% of all the world’s mined diamond supply, netting them unimaginable level of power and influence over the diamond industry.
History now shows us, after many years of leaks and investigative journalism, that at the time De Beers gathered all the major diamond miners in the world and struck deals with all of them, sometimes forcefully, to buy all the supply from their mines and in return De Beers would market diamonds to the entire world making them an essential item for anyone looking to express their undying love or propose an eternal marriage. This was the deal of the century, quite literally, for both sides of the table. For miners it meant a single reliable buyer of all their production without having to market them and compete with each other, while for De Beers, it meant they would dictate the prices of diamonds all over the world by limiting the supply of diamonds released to the market. However, this undertaking was not as simple as it sounds; the world is a pretty big market to sell to, while the diamond mining production, once the deal was up and running, was projected to dramatically increase.

HOW COULD DE BEERS MAKE SURE THEY COULD SELL ALL THE STOCK THEY HAVE COMMITTED TO BUY?

Just to clarify before we go further, when we say “all the stock” we mean all the different quality and varieties that diamonds naturally come in, not the quantities.
Now back to the problem of selling all the stock that were guaranteed to be purchased. Fortunately for De Beers, its founder was an extraordinary marketing visionary with even keener strategic business insight who quickly realised that he could turn this challenge in to a lucrative opportunity. His plan was elegant in its simplicity, belying the fact that a lot of thought and planning went into developing it. It consisted of dividing the world’s market in to 3 distinct segments to target low, mid and high quality respectively.

All the lower end of the diamond colours and clarities were targeted at this group. We will start off with the colours: the lower range of the diamond colour spectrum consist of “H” to “M” which also, usurpingly, includes hard to move diamonds like the champagne-coloured ones. It was determined that “G” should be the cut-off colour, as it is considered above the norm or the highest anyone should go for. As for clarities, the target range was from SI1 down to P3/I3. This group of specific lower quality range was targeted at the American market and it turned out to be a match made in heaven.

America was, and still is, the biggest market in the world for diamonds, aligning perfectly with De Beers strategy to move and liquidate the largest share of the diamond mined from the ground, which naturally happens to be of the low-end quality range. In addition, due to the quality being lesser, and subsequently cheaper, it allowed the buyers to get much larger stones which meshed well with the American culture of excess and showing off, as for them ‘the bigger the better’ was a truth they held dear in almost all things. Naturally, Canada being neighbours of the US, and thus heavily influenced by them, followed in their footsteps and was key target of group 1. However, the preference was not completely homogeneous as Canada still had some influences from group target 2.

The middle range of diamond colours and clarities was this groups target. Beginning with the colours, the mid-range consisted of colours from “F” to “I”, with “F” being considered the highest a buyer should go for. As for clarities, the target range was from VS2 down to SI2. “VS1” being marketed as the high-end clarity option. The target location for this group was Europe and the UK and naturally countries like Australia and New Zealand followed Europe’s trend by default.

This group consisted of targeting the highest end of colours and clarities range. This high-end range consisted exclusively of the following three colours: “D”, “E” and “F”. Even though “G” is white, it was still considered by the buyers to be an unsuitable colour. As for clarities, the target range was “FL”, “VVS1” and “VVS2”. “VS1” was marketed as the cheaper option for that market. The target location for this group was Asia. This, however, meant the target markets would be buying considerably smaller diamonds than other target groups due to having to a pay considerable premium for the highest end of the diamond colour and clarity spectrum. In retrospect, the reasoning behind De Beers’ strategy for this market is quite evident. For example, Asian women have thinner and smaller fingers than average, meaning a smaller diamond would look bigger by contrast on their fingers. In addition, Asian culture in general, is known for indulging in quality, thus when celebrating and displaying it to their family and friends, they would emphasise and focus much more on the quality and brilliance of the diamond than the size of it. Keen and shrewd understanding of complex cultures enabled De Beers to successfully match Asia to group number 3.

In summary, De Beers’ masterful strategy to divide and conquer the world in to 3 target markets was astoundingly successful. It set the standards on how customers of different countries and cultures choose diamonds to this date.

Custom and traditions, by their very definition, are passed down from one generation to the next. Youths intent on cementing their love for one another will look for inspirations from their elders. As the traditions and tastes continue to be inherited, diamond purchasing trend will, we believe, continue stay consistent for a long time as they have been embedded into the very fabric of society and its culture.

However, now that you are aware of the history of the targeted diamond marketing and its generational impact, when you are looking to buy a lab grown diamond remember to choose the jewels that your heart wants the most and not what your parents or grandparents would pick. Ultimately it is your loved one who will be the one wearing it and no one else.