Sorry, there was a problem sending your request.
Please try again.

For the first time in history, GIA has finally, at least seriously, entered the race to certify colourless (white) lab grown diamonds using the same methodology and standards they use for mined diamonds. In this article, we will cover what this means to you, the end user, and to the global man-made diamond market at large, in addition to exploring the meandering journey GIA took to reach here.

The history of both GIA and lab grown diamonds is intertwined with many twists and turns, and therefore, very interesting to say the least. GIA (Gemological Institute of America) was a pioneer in embracing lab grown diamonds and one of the first labs to certify them. It is important to note that, at that time, some 20 years ago, man-made diamonds were mostly coloured yellow (canary) and, therefore, thought of as inferior to mined diamonds.

However, the industry underwent a radical transformation just 4 years ago when the first white lab grown diamonds were unveiled to the industry. With the increased exposure and proliferation of lab grown diamonds, GIA, as one of early adopters, was in an enviable position to rapidly, with minimal effort, expand their certification business and capitalize on the hype. However, they inexplicably did the opposite and stopped certifying the newer white man-made diamonds altogether. This baffling decision was widely condemned and debated by the diamond industry insiders like us who tried to figure out the mysterious reasoning behind seemingly self-destructive decision.

The prevailing theory that emerged, and accepted by most, was that De Beers, allegedly, pressured GIA to halt the certification of the newer lab created diamonds  that were now identical to mined ones.

De Beers influence on GIA cannot be understated. For those who are unaware, De Beers is a global diamond conglomerate of South African origin and is credited with makings diamonds what they are today. De Beers pioneered in transforming the diamond’s role from simply being precious gems into mandatory purchases for engagements and weddings of every single urban society in the world. They are the ones that coined and marketed the now ubiquitous phrase “Diamonds are forever”, embedding themselves into the fabric of society and, therefore, forever change how love and romance are conducted. Thus, with their astronomic success, they quickly dominated the market and established a near total monopoly of the global diamond supply and, consequently, their price.

Now that you have an idea about the power and influence that De Beers wielded in the diamond industry, let us return to the exploration of the connection between them and GIA. Back in the middle of 2019, GIA announced that by the end of that year it would re-start certifying all lab grown diamonds, including colourless stones. This news was welcomed by the industry as it indicated that lab grown diamonds was now too big to ignore, even by those who are against them.

Nevertheless, to the disappointment of all, GIA would end up sneakily using a different grading method to certify lab grown diamonds which was unfairly designed to devalue lab grown diamonds. This blatant favouritism from the once prestigious institution further led credence to the widely accepted suspicion that De Beers was once again flexing their influence to curtail the rise of man-made diamonds in their attempt to protect their monopoly. 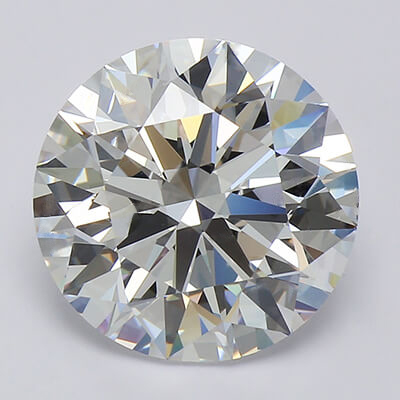 If you can’t beat them, join them!

Luckily for the customers and the environment, the war waged by the coalition of GIA and De Beers against lab grown diamonds has finally come to an end with lab grown diamonds being the clear victor. At time of writing this article, GIA has finally relented and begun applying the same standard of grading for both man made and mined diamonds. This is viewed by most in the industry as a significant milestone, signifying the acceptance of the fact that lab created diamond are fundamentally the same as mined diamonds; the artificial rift has finally been closed and the diamond industry can now once again advance forward.

Although GIA has finally re-entered the lucrative race, most in the industry feel that is too little, too late, since their hesitancy and antagonistic attitude has allowed their competitor, IGI, to corner the lab grown diamond certification market unhindered, therefore, becoming the leader. GIA will now face an uphill battle to reclaim their crown, but only time will tell if they can succeed.

Pros and cons of GIA

Unfortunately for customers like you, GIA certified stones will come at a higher cost, for a variety of reasons. For starters, their certification costs are a lot higher than IGI’s. Additionally, GIA has fewer global offices than IGI, thus, logistically getting a stone certified by GIA is a costly endeavour, in both time and money. To make matters worse, most GIA labs only certify diamonds up to a certain size, for example the Hong Kong office does not certify 2.00CTs and over, leaving only the US labs to deal with large stones. Regarding certification time, it is even more concerning as GIA takes about 1 MONTH to get a stone certified versus IGI who only takes a few DAYS, not helped by the fact GIA can be stricter on the grading the IGI.
Taking all these factors into account, it is inevitable that no matter how much we try to minimize the costs borne by our customers, GIA certified stones will still be an estimated 10 – 15% costlier than their IGI certified counterparts.
Cons: GIA certified stones will be an estimated 10 – 15% higher in cost.

The winner is the market

Regardless, of all these insider drama and intrigue, the real winner is the lab grown diamond market, and in effect, the end customers like you. GIA finally entering the market head on validates, conclusively, the legitimacy and quality of man-made diamonds. This puts to rest any baseless accusation propagated by the mined diamond industry against the durability, colour, and the foreverness of lab grown diamonds.

What should you buy GIA or IGI?

Even though both labs are trustworthy and scientific, we believe for today’s discerning buyer, IGI certified is the overall better option when buying a lab grown diamond. Usurpingly, IGI certified diamonds costing less outweighs any other advantage a GIA certificate might have. Another advantage IGI has over GIA is that due to a head start, IGI has already become the most prolific player and established themselves as preferred lab for most of the diamond industry. Unfortunately for GIA, succumbing to De Beers and hedging in their lot with the mined diamond industry has consequences, which they are now reaping. Nevertheless, GIA could one day regain their hegemony of the diamond certification industry, but to industry insider this looks like a long shot and a pipe dream at best.
True: IGI is the most popular and dominant lab in the world for lab grown diamonds.
True: GIA is the most popular and dominant lab in the world for mined diamonds.

Thank you for requesting an appointment at Novita Diamonds.

Your request has been noted and you will be contacted shortly by one of our friendly staff to finalise your appointment.